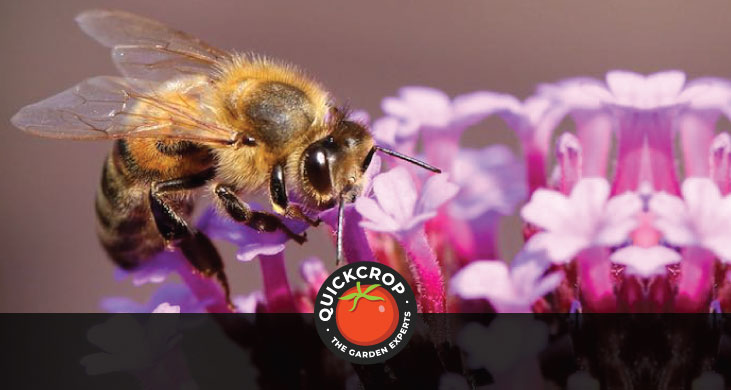 Garden pests are the scourge of many a gardener - it can feel like they’re taunting you and all your careful work as they infest, burrow into and devour crops or plants. In these kinds of scenarios it’s tempting to reach for chemicals and pesticides, but it’s not really the best thing for your garden and can often lead to even more harm, wiping out good bugs as well as bad. Along with more organic pest control solutions (like protective mesh or companion planting), one of the best things you can do to deal with destructive insects is to encourage nature’s own self-balancing tendencies - in the form of what are known as ‘beneficial insects’.

Click the blue link below for a guide to some natural plant protection methods for the vegetable garden. 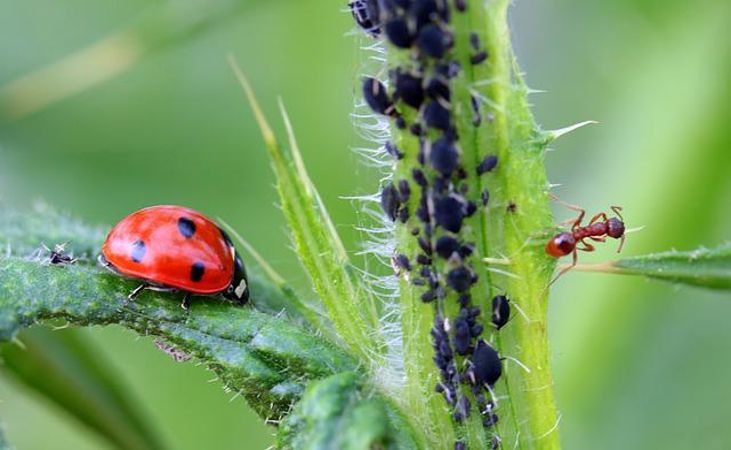 Types of Beneficial Insects
There are three main ‘types’ of beneficial insects, and each contributes to the garden ecosystem in their own unique way.

Pollinators - such as bees, butterflies and moth - play a vital role in the garden ecosystem by spreading pollen from plant to plant, enabling plants to fertilise and bloom. It is estimated that more than 80% of the world’s crop plants need a pollinator to reproduce.

Predator insects - such as hoverflies and ladybugs - are essentially pest control at its most natural: namely insects feeding on other insects. Or to be more exact, beneficial insects feed on garden ‘enemies’, such as aphids, mites and thrips.

Doing more or less the same task but in a more gruesome manner are Parasitoid insects. Resembling the nightmarish life-cycle in the Alien film franchise (which was inspired by the parasitoid wasp), these insects lay their eggs on (or in) their chosen host and wait for the larvae to essentially feed off the host, in the process killing it. Pretty brutal in all fairness, but they do play a very important role not just in garden ecosystems but in population ecology in general. Nature can be merciless. Examples also include the tachinid fly and horsehair worm.

Examples Of Beneficial Insects in Your Garden 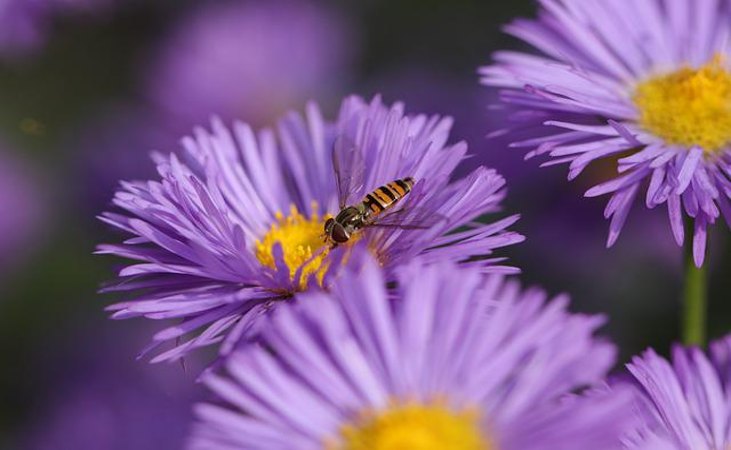 Hoverfly
The hoverfly somewhat resembles a wasp, but doesn’t sting and is pretty harmless. It feeds on nectar and pollen as it hovers beside plants, and its role as a pollinator is widely underappreciated in comparison to bees.

As well as that, the larvae of some species of hoverfly feed on garden pests such as aphids and leafhoppers - the presence of a healthy number of hoverflies in the garden can reduce aphid infestations by 70 to 100%. Ireland has 180 species of hoverfly.

Ladybird
Ladybirds have a voracious appetite for garden pests such as whiteflys, thrips, aphids and spider mites. A single ladybird can eat as many as 5,000 aphids in its lifetime, and they will also lay eggs among aphid colonies so that their larvae can feed upon them.

Ladybirds can often be purchased from garden stores due to their pest-eliminating properties, but it’s generally better to try and attract them naturally. Attract ladybirds to your garden with plants like garden marigold, sweet alyssum, coriander and dill.

Over the wintertime they like to hibernate in sheds or among fallen leaves, logs and dead wood - so allowing your garden to be a bit rough-around-the-edges can be very beneficial in terms of keeping ladybirds around.

Related Article: How To Grow Marigold

Bees
Bees are of course well-renowned pollinators. Sadly problems like habitat loss and the overuse of pesticides have led to a decline in the numbers of many species.

Nectar and pollen-rich plants or native wildflowers (dandelion, cornflower, oxeye daisies) will attract and support bees, while a solitary bee hive set up in your garden will provide shelter for the titular, non-aggressive species (just make sure it’s a truly suitable beehive and that it’s regularly cleaned, as if not it can potentially cause more harm than good!).

Lacewings
The lacewing (below) is a striking-looking insect, but don't be fooled by its delicate appearance. The larvae of lacewings are referred to as ‘aphid lions’ due to their propensity for devouring greenfly or whitefly, as well as spider mites and mealybugs. The gory details involve their pincer-like jaws attaching to their host before sucking the life fluids out. (I can’t help but think of Starship Troopers when I visualise this, which makes for two sci-fi/horror references in one article).

Plants that attract lacewings include fennel, cosmos and dill, while they also like to shelter in undisturbed, dry areas over the winter. 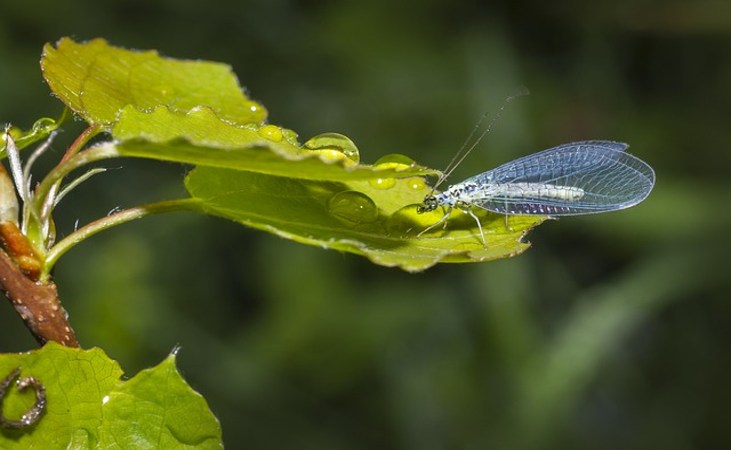 Ground Beetles
Both the adults and the larvae are eager, beneficial predators in the garden. The adult’s speed and long legs enable them to eradicate many a garden pest (such as aphids and slugs), while the larvae consume soil-dwelling insects.

Log piles, leaf piles and compost heaps make for good garden habitats to encourage the proliferation of ground beetles: they prefer shade during the day and tend to go about their business nocturnally.


General Tips
Having a rich and diverse mixture of plants and crops is perhaps the best thing you can do in terms of fostering a balanced garden ecosystem where nature essentially ‘self-regulates’. Plan your garden so that you have flowers from early spring until late autumn.

It’s also beneficial not to have an overly tidy garden: patches of weed, leaf piles, and stray wood all provide nice sheltered areas for beneficial insects. If possible, a small pond or aquatic area provides water for many beneficial insects. This is especially important during dry spells in the summer. Water sources will attract beneficial insects such as dragonflies and damselflies, while some species of hoverfly lay their eggs in ponds.

It can’t be stressed enough, but avoid using pesticides as much as possible - they don’t tend to discriminate between ‘good’ and ‘bad’ insects, which isn’t going to do your garden ecosystem any favours, even if it does appear to work in the immediate short-term. The widespread use of pesticides has also contributed to worrying declines in biodiversity.

Finally, and this tip is slightly counter-intuitive: don’t immediately despair at the sight of an aphid (or other bug) infestation: since they are a food source for beneficial insects, their presence can attract those insects to your garden which will only benefit your garden environment in the long term. So be patient and hold off on the disposal methods!