Onions have to be one of the easiest crops to grow and will reward you with delicious crisp bulbs with a homegrown flavour all their own. Onions can be grown from seed but the easiest way to cultivate them is from miniature onion bulbs or 'sets'. What are onions sets? Onion sets are onions which were partially grown last year but pulled up when they reached marble size, they are then dried and stored. Onions are biennials meaning they have a 2 year lifecycle, they produce a storage bulb the fist year and flower the second. As far as onion sets are concerned they are still in their first year of growth, when planted they should just resume growing and continue to build their storage bulb. 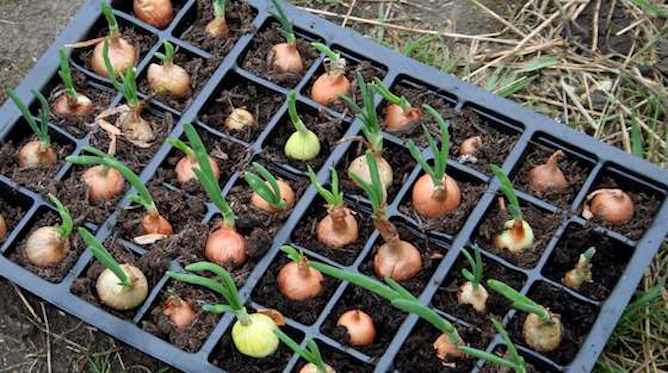 Planting onion sets in trays Onions need a long growing season to ripen into the large golden globe you are hoping for so it is worth starting them off early. Onions are also photothermoperiodic (new word!) meaning they are sensitive to both temperature and day length; as late summer days get shorter they are more inclined to go to seed which is another reason get plenty of growth down early in the year. Obviously your garden is too cold and wet to start sets off now but you can get them going in trays placed indoors towards the end of January. The onions will root and produce leaves straight away and will grow happily in a plug tray until they are planted our in March/April. Another advantage of planting onion sets in trays is the resulting rooted and shooted plant will be less attractive to birds. Birds can be a nuisance with newly planted onion sets as they like pulling them up and throwing them around (I presume they think they are snails). 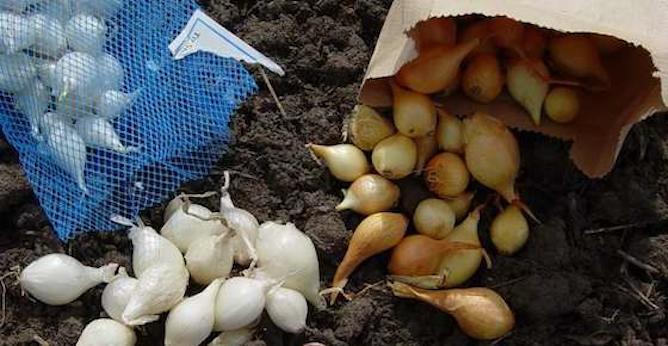 A word of warning I better say this in case an early sower starts giving out to me later in the season. As I said, onions are sensitive to temperature as well as day length. If we have a warm spring followed by a cold snap early planted onions may see this as Winter passing and be more likely to run to seed. This is because they think they have entered the second year of their biennial cycle. You can avoid this problem by keeping your tray planted sets indoors until the Spring has settled. It will also be important to plant your onions in a tray with large enough modules (I have included one below) and to harden them off gradually (leaving the trays outside during the day) in the week or two leading up to planting out. I am not saying you should plant now in trays I am just saying you can. If the weather goes your way you will have the benefit of an extra long growing season and impressively sized onions. Either way onions sets are in and ready for dispatch, you can order today for planting now or later, it's up to you! 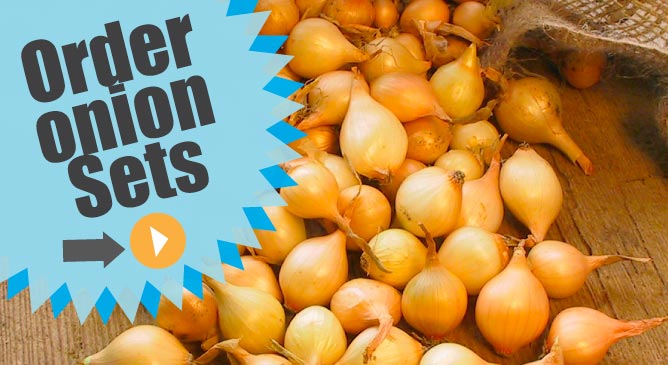 Premium quality onion sets can be purchased from us at Quickcrop.co.uk and delivered straight to your door. This year we are stocking Turbo, Sturon, Rumba, Stuttgart and Red Karmen all of which will give you a good reliable crop. We are also stocking Red Sun and Golden Gourmet Shallots which, if you enjoy your onion flavours, are well worth growing.