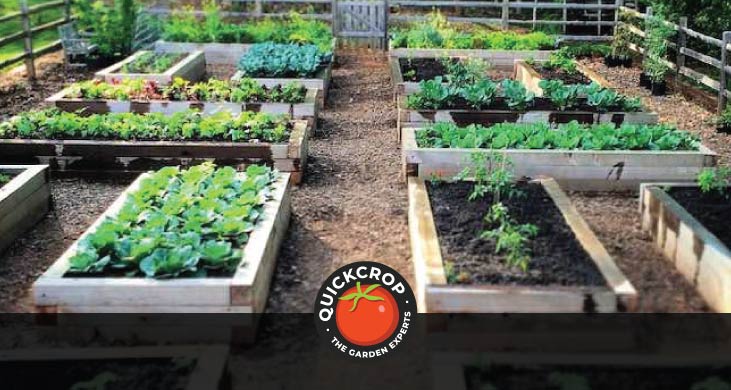 If you’re just thinking about starting your first vegetable garden, you might feel like you’ve missed the boat or that it’s the wrong time of year. Fair enough: many gardeners see August as a time for harvesting their crop or for renewing the soil, rather than sowing or planting. But don’t be discouraged. August and early autumn is actually a great growing time for a number of suitable vegetables. Indeed, growing at this time of year can be advantageous and less work-intensive in some cases.

The fact that we’re approaching the last few weeks of summer means that your sowings or seedlings will benefit from a few weeks of good sunshine and warmth before autumn starts bringing milder weather with it. Particularly suited to this time of year are plants that mature quickly - and thus before winter temperatures arrive. Check the ‘days to maturity’ info you will often find on seed packets, or look up info online. Crops like spinach or Asian salads can provide you with quick short-term harvests. 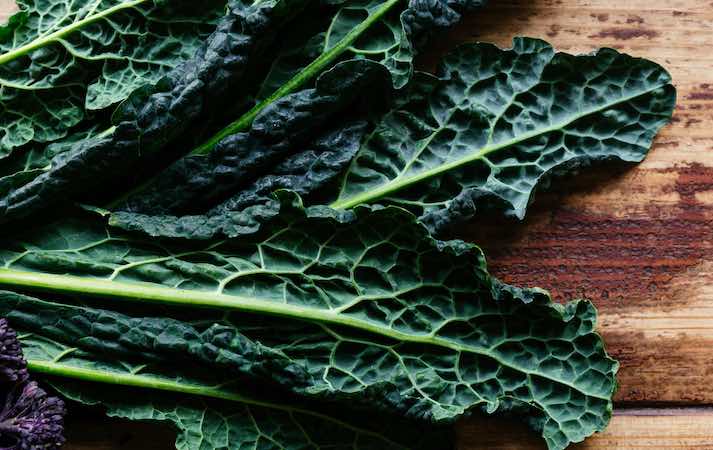 Kale
A nutritional powerhouse, kale is part of the brassica family - and brassicas are known to prefer cooler temperatures. Kale is a hardier plant than most. It can be planted as seeds or seedlings. If it’s the former, you should give the kale enough growing time so that it will have matured before the days start getting short. Kale can take roughly 8 weeks to mature, or 30-40 days if you use transplanted seedlings. Another great thing about growing kale into the autumn is that cooler temperatures can really sweeten the taste. Add the tender leaves to salads, steam them or use them in stews.

Kohl Rabi
This unique and lesser-known vegetable translates as ‘turnip cabbage’. Its bulbous stem grows above ground, so it doesn’t need deep soil. Kohl Rabi can be steamed, boiled or sautéed or eaten raw and finely sliced. It has a taste similar to broccoli stalks, but sweeter and somewhat nutty. Depending on the variety, the edible stem can be green, white or purple. The purple variety is especially popular because of its crisp texture and sweet, mild taste. It's also the variety that will be most suited to late summer planting. This will mean that it benefits from warm weather (hopefully!) during the early phases of growth and cooler temperatures while it’s ripening. It’s also a good idea to make successional sowings. This way you can continually harvest the veg while it’s young and tender. 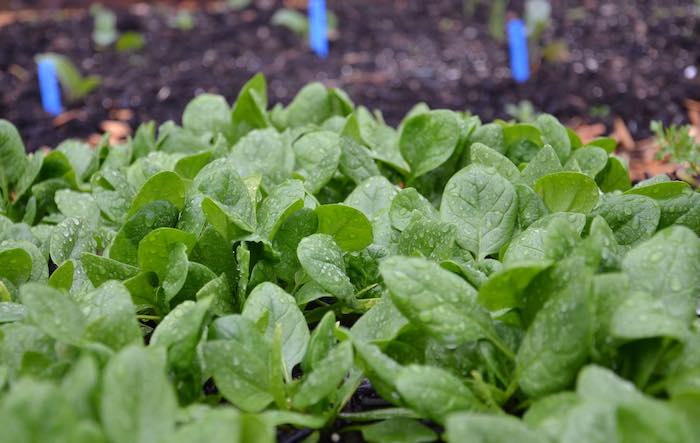 Spinach
Spinach is ideal for planting at this time of year. It only takes 30-40 days from seed to harvest. Many gardeners will be familiar with the frustrating experience of seeing spinach bolt (or flower too early) in spring or summer. The good news is it is much less susceptible to bolting if planted in August or early Autumn. With the addition of a cold frame or cloche, you can continue to harvest for 6-8 months. Grow in a sunny spot and ensure that the soil is well-fed. If sown in late August, you can harvest some leaves later in the fall and it can then be left dormant over winter - before providing you with a harvest again in spring.

Asian Greens
‘Asian greens’ refer to a range of leafy green vegetables such as tatsoi, napa cabbage, mustard greens or bok choy. They are commonly found in the vegetable section of Asian supermarkets but have gained more widespread popularity. They are very nutritious and easy-to-grow, and will provide a nice mix of flavours and colours in your vegetable garden. Mizuna and tatsoi are fast growers and great choices for the beginner gardener. Most Asian greens will re-grow when harvested so they are really suitable for ‘cut-and-come-again’ gardening. This is when you cut just the outer leaves and allow the plant to keep producing. If grown earlier in the summer, Asian salads have a tendency to bolt in hot weather, so late August is the ideal time of year to try your hand. The cooler temperatures of fall can even enhance the taste of your crops.

Broccoli Calabrese
For most of my life I thought broccoli was just broccoli, but nope. Calabrese broccoli is different to sprouting broccoli. The former has a large green head and is the one you most commonly see in your local supermarket. Sprouting broccoli is smaller and can have a purple or white head. (Recent years have seen the emergence of ‘super broccoli’, a hybrid type with high amounts of antioxidants). Broccoli does well in cooler weather, but the fast-growing Calabrese is particularly suited to late summer planting as it is a faster-growing variety. The crucial thing with broccoli is to give it time to mature before the cool weather sets in. It can be a little tight at this time of year so it’s better to plant seedlings rather than from seed: this will give you a headstart. If the weather stays reasonably warm in August and early autumn you can expect success. 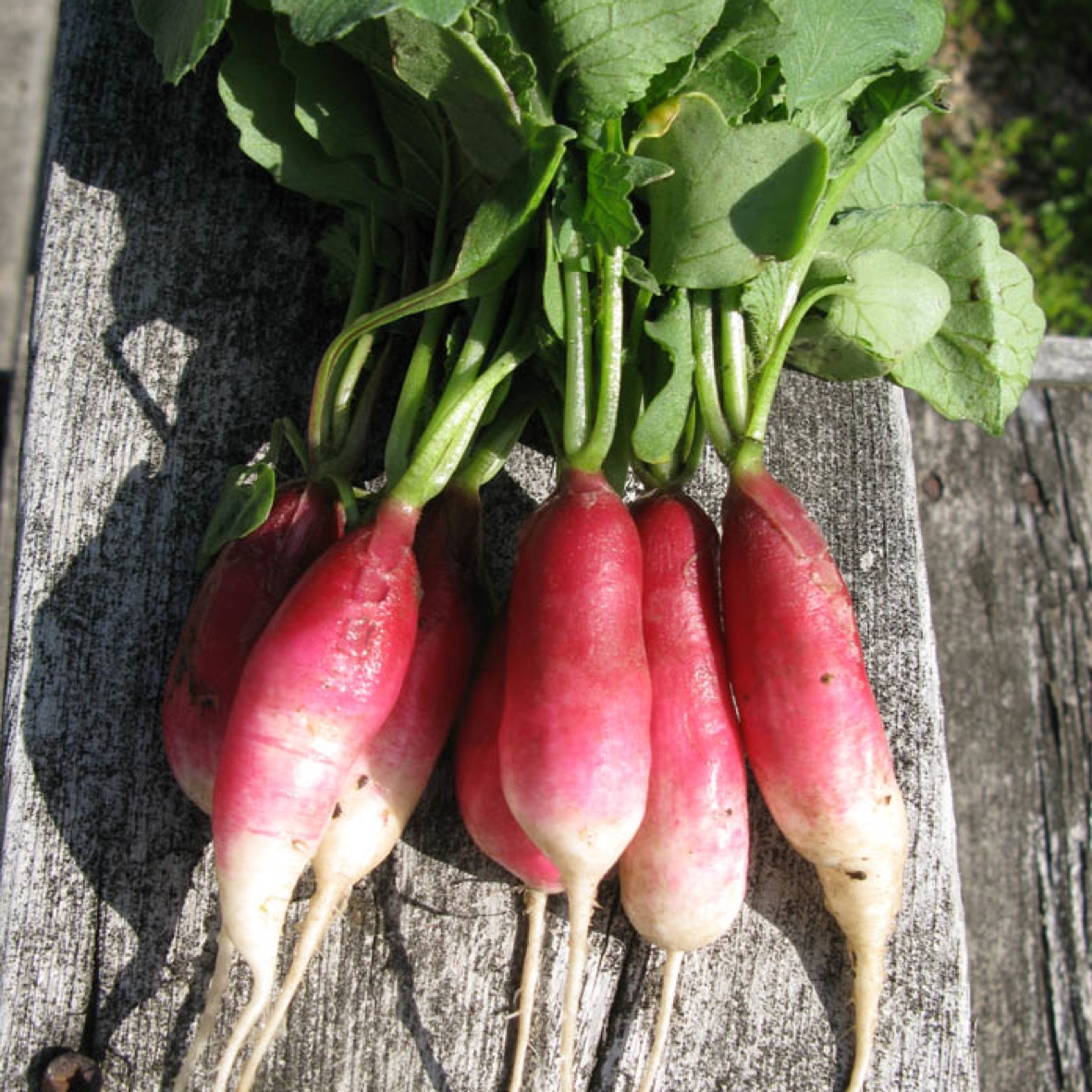 Radish
Radishes are well-suited to growing from seed at this time of year. They are fast-growing (often taking just three weeks) and they can be harvested in late autumn or early winter. Daikon radishes on the other hand can take a few months and are known as a winter radish. Pretty much all of the radish plant is edible, but the taproot is most commonly consumed. Radishes can be added to salad and eaten raw but they are also delicious roasted, and are commonly used in soups or stews.

Swiss Chard
Swiss Chard is part of the beet family but it’s also very similar to spinach - it’s sometimes referred to as perpetual spinach. Chard leaves can be steamed, boiled or eaten raw, while the stalks can be prepared like asparagus. It’s a great source of Vitamins K and C as well as iron and magnesium. Swiss chard favours cooler weather as it can bolt in hot conditions. Keep the plant well-watered if there are spells of warmer weather. The plant can be harvested when young and is suited to the cut-and-come-again method. It also overwinters very well in a cold frame or polytunnel. Late August is the best time to sow!

Spring Cabbage
Towards the end of August is an ideal sowing date for  spring cabbage. The trick is to get them to grow large enough to survive over the winter - but not large enough that they start to form hearts. It’s a good idea to sow the seeds in modules for a few weeks - indoors or under cover of a polytunnel - and transplant them outside in September or October. Try growing in 14 cells and plant out the 10 best ones. This is an especially handy approach if you have a small growing space: cabbage takes up a fair bit of space in the vegetable garden. Spring cabbages are sometimes referred to as collards or spring greens, although these kinds are harvested before the cabbage has fully matured. They are a ‘heavy feeding’ plant so make sure to add good quality compost or farmland manure to the soil before sowing or planting. The tender, tasty leaves can be harvested in April or May. 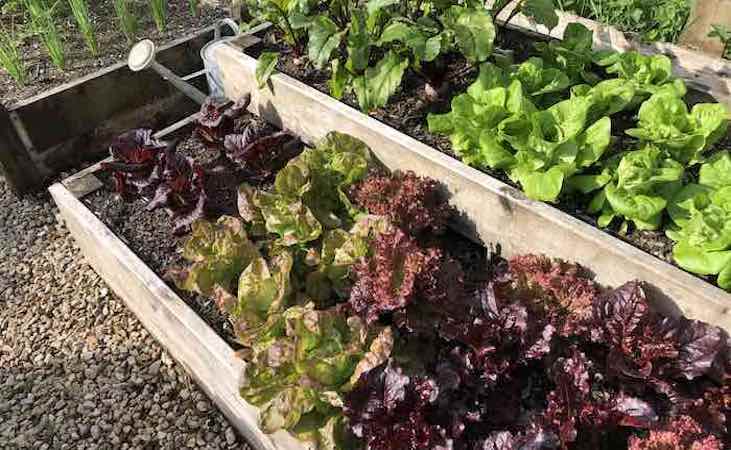 Lettuce
Most varieties of lettuce have short maturation dates, so if you sow around now you can expect to be harvesting within 50 days or so. A big advantage of growing lettuce in the fall is that the plant is less likely to suffer from tipburn, which is when the young leaves develop necrosis from calcium deficiency. Growing later in the year also leads to sweeter tasting leaves. Lettuce is a hardy plant and can tolerate cooler temperatures very well. 5 hours or so of sunlight a day should be plenty for the plant to grow healthily.

Garlic and Onions
Autumn-planted onion sets will stand you in good stead by the time early summer rolls around. They will need a soil with good drainage. Later again in the year you can think about planting garlic: mid-October is a great time to do this and it will result in better-sized bulbs. Garlic needs a cold period of about 6 weeks where the soil temperature is below 10°. Be careful though as if you live in an area with a lot of rainfall it might be better to use a raised bed or sow in spring.

So in conclusion, there's plenty of reason to start a vegetable garden even as we reach the last few weeks of summer. Good luck and happy gardening!