To compliment Dorcas Barry's great energy boosting smoothie featured in this months newsletter I'm covering the leafy green part of the recipe to show just how easy they are to grow. We'll be looking at Kale as it's the new trendy 'superfood' (with good reason as it happens) and is relatively trouble free for the first time grower. I'll tell you straight off that Kale is one of the easiest things to grow, it was one of the first things I ever tried and is a pretty bullet proof crop. Let's look at what's so good about it first and then I'll tell you how to grow it. 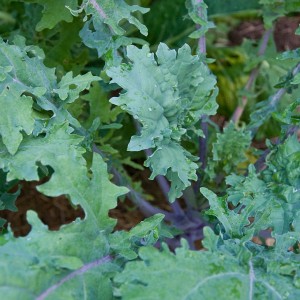 What's so good about Kale? As a rule of thumb any vegetable that has a very deep colour like kale has a high concentration of nutrients. Vegetables in the Brassica or Cabbage family (broccoli, cauliflower, sprouts, kale etc....) also have high levels of Vitamin K, Vitamin A, Vitamin C, fibre, and carotenoids. Kale seems to stand above the rest as regards it's nutrient content, it can be a little difficult to track down the definitive figure but after checking a few different sources I've come up with the following summary. I've taken the lowest figures I found so I think it gives a fair picture of the good stuff in this leafy lovely. One cup of kale added to a green salad gives you: Twice your daily requirement of Vitamin A. 89% of your vitamin C. 5 times your vitamin K. 15% of calcium and B6 Cancer fighting Phytonutrients and sulforaphane. Lutein for healthy eyes. Fiber. Also a good source of copper, potassium, iron, manganese and phosphorus. 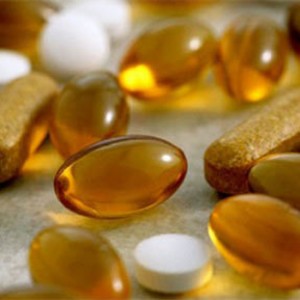 The big ones that stand out are vitamin A and K. Vitamin A (Retinol) is important for the health of bones, teeth, skin, and eyes; it also keeps the mucous membranes of the lungs and nose moist and is important for respiratory health. Vitamin K helps blood to clot (the “K” comes from the German word koagulation) and is important in regulating calcium levels and promoting bone health. A word of warning on this one - if you are taking heart medication which thins the blood like Warferin large amounts of Kale isn't such a good idea as it may reduce the effects of your medication. Studies have also found Kale to have significant anti cancer qualities, particularly for bowel cancer. I've just read a fairly in depth medical document which contains a cast of thousands of enzymes, inhibitors and helpful compounds which would make this article 10 times longer and me a week older by the time I felt I understood it. Suffice to say dark leafy greens, particularly Kale are broadly accepted to keep you healthy and help prevent and fight cancer cells. Varieties of Kale There are plenty of different varieties including ornamental varieties but in general there are three main types used in the kitchen. Don't be put off by the bitter flavour of shop bought kale, the bitterness increases after it has been picked so freshly harvested homegrown kale is a very different experience. 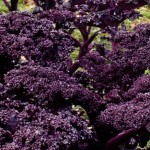 Curly Scottish Kale or Curly Redbor Kale - The Scottish variety is probably the one most people think of when you mention kale. It's a dark green very frilly or curly leaf commonly grown to feed cattle but also available on the supermarket shelf. Interestingly is seems to have the highest nutrient content but for my money, the least flavoursome. Redbor looks fantastic and is widely grown but again, in my opinion, lacks flavour. 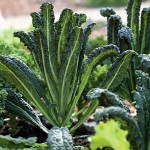 Italian Kale, Nero Di Toscana or Cavalo Nero - As you'd expect from the name it's popular in Italy as a winter crop. The plant looks nothing like you'd expect and produces the long, dark strap like leaves pictured. Cut the tough mid ribs of the leaves out before cooking and steam or add to stews, casseroles or stir fries. Adds a beautiful dark colour and if used fresh, an excellent flavour. 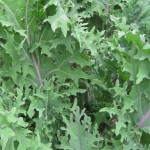 Russian Kale - I would consider this my favourite as I find the leaves are the tastiest and more supple of the three. The plants seem hardier than Italian kale, particularly in the early stages of growth. Last year I had a row of each and was unlucky with cabbage root fly, it may be coincidence but I lost my Italian kale whereas the Russian variety remained untouched. The leaves are and dark blue/green with purple ribs. How to Grow Kale Kale is just so easy. It is a member of the Brassica family so can suffer from all the usual cabbage diseases but to a much lesser extent. I have had rarely had any issues with it but you do need to keep a look out for cabbage white butterfly and cabbage root fly. Kale is definitely the easiest and healthiest brassica you can grow and deserves pride of place in your vegetable plot. 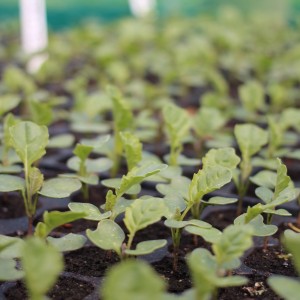 Sowing As with all the other brassicas it's best to start kale off in modular trays and plant out after 3 or 4 weeks depending on the weather. It's important to get kale out of the trays before the roots become constricted and the plant gets pot bound. Sow 1 seed per cell at about 2cm deep from mid April until early June for a Summer/Autumn crop or in July to be planted out in August for a Wintery/early Spring harvest. For more information on sowing in modular trays please read our recent blog post. Planting Although kale will tolerate poorer conditions than most brassicas it likes a deep fertile soil with good moisture retention. As with all vegetable growing just build the best soil you can and everything will flourish. You can read more about looking after your soil here. Plant your seedlings outside at 3-4 weeks old at a distance of 60cm between plants and 50cm between rows. Make a hole with a dibber or suitable stick about the same size as the seedling plug and pop it into the hole. Firm the soil in around the plant pushing in around the roots rather than down on the soil. The seedlings will take a week or so to get used to their new home but should then start to produce new leaves and to start to grow. Kale is a relatively trouble free crop and apart from regular hoeing and weeding shouldn't give you much trouble. Remove any of the lower leaves which die off and become yellow/green to encourage air flow throughout the crop and to reduce pests and disease. 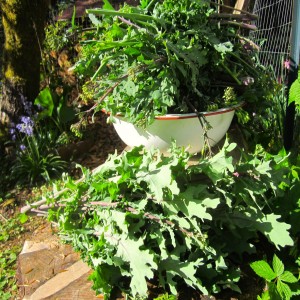 Harvesting Kale will remain productive over multiple seasons if harvested continually and in the proper way. Always harvest the lower leaves that are closest to the bottom of the stalk and make sure you take the leaf and all the stem right up to the main stalk. Continue in this way and your kale will grow taller always producing new leaves from the top. Don't make the mistake of picking the new leaves at the top or you will stunt the growth of the plant. The other benefit of regular harvesting and removal of dying leaves is you're constantly disturbing the spots where insects want to build a home and keeping an eye out for cabbage white butterfly eggs and other potential problems. If you keep on top of your harvesting you should have very little to worry about and a lot to gain from this fantastic plant. Last Tip When your Kale plant does go into flower the flower stems can also be harvested when they are young and tender and steamed just like broccoli. Don't leave them too long or they'll get tough.