Rhubarb is a brilliant plant to have in your vegetable as it keeps popping up every year with a minimum of effort on your part. You can have a look at our 'growing rhubarb' article by clicking the link but right now I'm going to tell you a bit about our favourite varieties. We've picked 3 of the best to give you a long season from the very early 'Timperely Early' to the large 'Victoria' though to the late season 'Glaskins Perpetual'. You can buy all three varieties in our special mix pack for only £6.45, you can buy our mixed rhubarb pack here. We are offering these rhubarb crowns for sale on the website now for delivery at the end of October to early November. Now is the perfect time to get your rhubarb in to enjoy the taste of your own fresh rhubarb for years to come. Without further ado here's our 3 star performers: 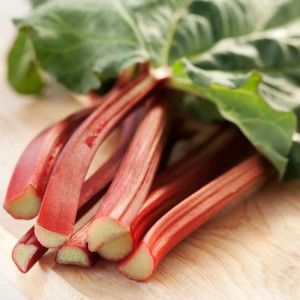 Timperely Early As eagle eyed readers will already have spotted 'Timperely Early' is an early variety, you will get a juicy crop from as early as February in some areas depending on the Springtime temperatures. Timperely early is an easy variety to get established and has good disease resistance (not that rhubarb suffers from much). Unusually for rhubarb plants you can harvest small amounts in the first year but I still tend to play safe and leave it alone. This is a very reliable variety which will produce a heavy crop for ten years or more. 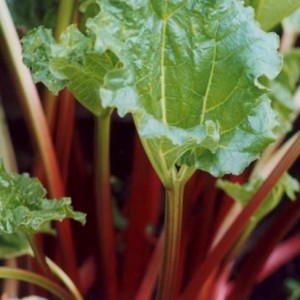 Victoria Victoria is a tried and tested variety introduced as far back as 1837 and has been one of the most popular choices ever since. Victoria is quite late to produce stalks in the springtime and will produce an impressive crop from May until August. The length of the stalks are large at 36 - 48 inches and are a lovely lavender pink colour. Victoria looks amazing in the garden with it's large leaves and long pink stalks. A suitable variety for indoor forcing where you will get a crop of early rhubarb from February till March. 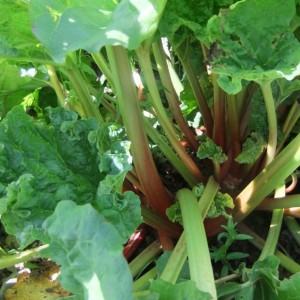 Glaskins Perpetual We have chosen Glaskins Perpetual as it will produce rhubarb late in the season when other varieties are not good to eat. The stems are striped pink and soft green colour and are sweeter than most other varieties. I personally think this is the best all round rhubarb which though it doesn't have the big bright pink stems of other varieties it more than makes up for it in flavour and long picking time. The reason one needs to be careful eating rhubarb at the end of the season is the oxalic acid levels in the plants can become quite high. Oxalic acid is what gives late beetroot an unpleasant sour aftertaste and Glaskins Perpetual is particularly low in this regard. You will be familiar with the taste if you grow leaf beets like Swiss chard or perpetual spinach as the same oxalic acid is found in their leaves.