As I mentioned in my mail the week before last, I have a lot planned for the garden this year and just to prove it wasn't a load of old waffle I include some photos taken over the weekend of the largest part of the project. For the last five years I had left about half of my field to it's own devices to see what happened. Everything went well for a while with meadowsweet, vetch and rosebay willowherb spreading nicely until the grass took over and choked it all up. A flowering meadow really needs to be cut back every year otherwise the grass will form a thick thatch before the area eventually returns to scrub. I have some plans for this part of the filed so I figured it was time to take action. 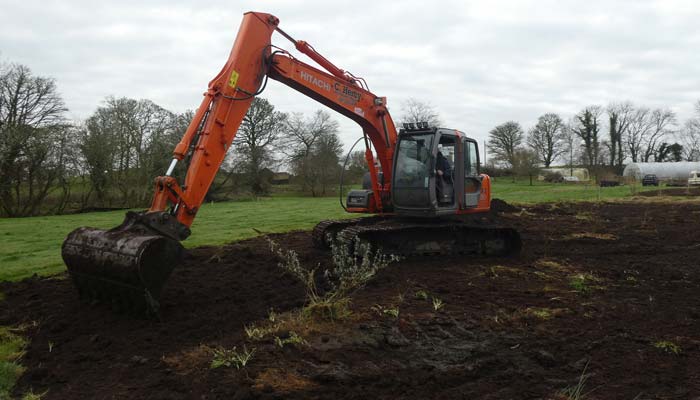 As chance would have it, an old friend from my landscaping days was clearing drains on a neighbour's land so I asked him to bring his machine over and give me a hand. I confess I am uncomfortable about tearing off the grass cover and whatever else came with it but I do feel the end result will be a better, more diverse habitat in the long run. The other options were to cut and cover with black plastic for the season (a lot of plastic) or spray it with weedkiller neither of which I fancied doing. Anyway, the upshot of the whole thing is I now have an acre of clear ground which has been raked through with the teeth of the bucket and is as clean a blank canvas as anyone could wish for. 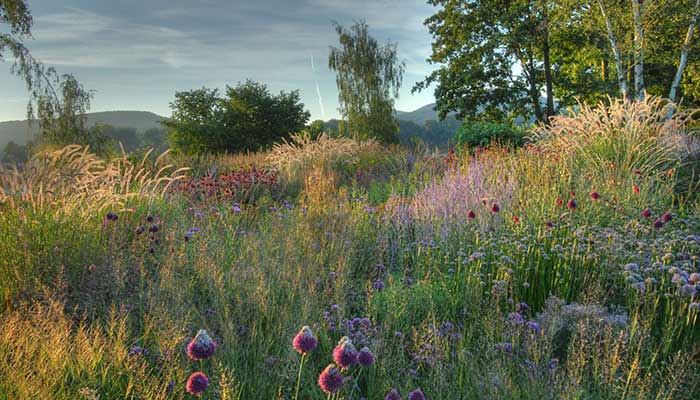 What's the plan? Unimaginative bore that I am, I have decided to jump on the bandwagon and embrace the 'new perennial planting style'. Famous for the High Line in New York, the glasshouse borders at RHS Wisley and other high profile projects, Piet Oudolf is best known for creating vast drifts of meticulously chosen grasses and perennials that look like they appeared by chance. My goal is to make this part of the garden more bio diverse and wildlife friendly so this style of planting certainly fits the bill. Oudolf describes his method as "a complicated layering of seasonality, energy, endurance and reward – both before, during and after flowering". This all sounds great, I only wish he was here to give me a hand with it. 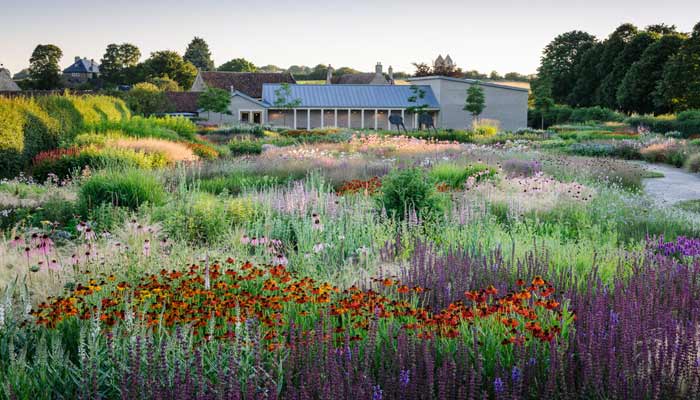 Mr. Oudolf has written a number of books and is not secretive about his plant choices or how he arranges them but the problem I have is my soil is not suitable for many of his favourite plants. While the 'New Perennial Style' can be applied to any soil type it more commonly refers to plants, or at least relatives of plants, native to prairie or steppe landscapes. These areas have a very different soil profile to mine. The other issue is the weather. The prairies enjoy a Continental climate with long, hot summers and cold winters which give a long flowering season and a dry cold that helps preserve off season plant structure. Rainfall and short Summers are the problem in the UK and Ireland (I live in the wettest part) and result in shorter flowering seasons and, what my garden angel refers to as 'the flop' (when plants are flattened by Winter rain). 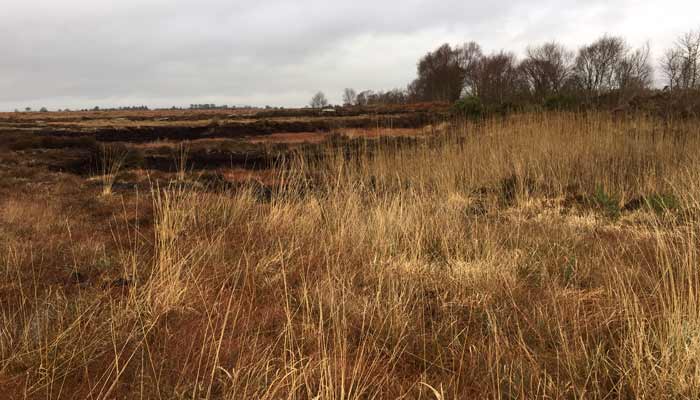 But all is not lost. As we've said this method of mixing flowering perennials can be applied to any soil type, we just need to pick the right plants. There are plenty of wild plants that grow in my local area that shrug off whatever the season throws at them and happily tuck their roots into damp, acidic soil. The photo above is the peat bog around the corner where I walk the dog and while my garden is not quite as extreme it does have a peaty soil with a low pH of around 5.5 (7 is neutral). I don't know (yet) the names of grasses that grow here but as the photo testifies they are 'flop' resistant. What grows wild nearby is a great place to start and will give me valuable information on the best suited plant types. While I may not choose the wild version of a particular species there will be a good chance their cultivated relative will be just as happy in the same surroundings. 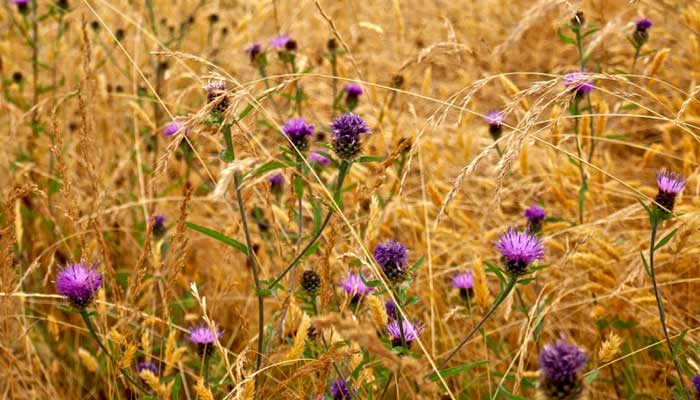 Depending on the season, the dog and myself have seen a wide variety of pretty plants including knapweed (above), wild orchids, ragged robin, bog cotton, bluebells, red campion, purple heathers and minty green lichens. The local trees include silver and downy birch, Scots pine, alder and rowan; the whole lot growing happily without any intervention. So, there are my cues. My final list will include some wildflower seed but I need to pay attention to competition, season of interest, height, shape and other variables which will result in a mix of wild plants and cultivated plants with a wild character. I'll be back in a couple of weeks with a plan, if anyone has any suggestions I would love to hear them. That's it for now, I'll be back with more next week. Andrew