in 1978 in an attempt to document the wild foods available in Ireland's hedgerows and meadows. The book includes information on when and where to find hidden delicacies as well as how to prepare them. There's a little bit of relevant folklore thrown in with the whole lovingly illustrated by Cyril's excellent illustrations. I'm delighted that Kit has offered to provide us with some monthly clues to Ireland's wild food so to start of the year here's Early Spring: 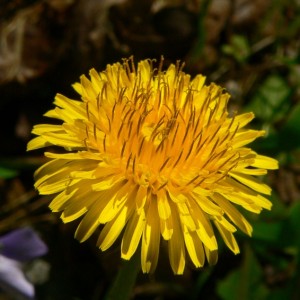 Before too long the promise of new birth and colour will be here in the springtime air.  But can words describe the fragrance of the very first breath of Spring?  The author, John Galsworthy, describes the feeling thus:  ‘It was such a spring day as breathes into a man an ineffable yearning, a painful sweetness, a longing that makes him stand motionless, looking at the leaves or grass, and fling out his arms to embrace he knows not what.’ There is no doubt but we, humans require a ceremony so as to recognise and celebrate the bounty of Providence and to glorify his Creator. St. Brigid’s Day (February 1st) is not only the first official day of Spring in Ireland but was also the day on which the farming communities ceremoniously hailed the spring by doing honour to the saint. Traditionally, too, part of the day was given over to planning the year’s work. So, in February what can we be foraging for? The first of the dandelions will begin to appear and  if the weather is mild you will be surprised at the amount. They are the true herald of the floral year. It was perhaps the most important of the more profuse herbs and has been used in herbal medicine and in cooking and drinks for a very long time.  Used in salads, soups, tea, coffee, wine and beer. 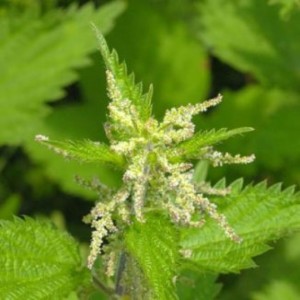 Next you can turn your attention to the lowly nettle.  A whimsical tale from ancient times gives us what must be one of the oldest of recipes - and nettles was one of the ingredients.  St. Columcille, mortifying himself and doubtless his brethren during Lent with only a broth of water and nettles and salt for sustenance, was asked by his distraught cook if nothing else was to go into the cauldron. ‘Nothing else will go into the broth’ said that stern man ‘except what comes out of the pot stick’  With that typical logic which has remained - for better or for worse - an Irish characteristic, the cook hollowed out his pot stick and poured down milk and oatmeal into the pot. This broth was one of the favourite foods of the Irish people. The young shoots are gathered in the early Spring.  Cooked as a vegetable and also used in beer and wine making. 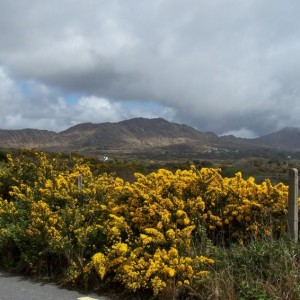 By the end of February the furze (or gorse) will have really got on to the business of flowering - even the sleet will not extinguish its fire. When the famous Swedish botanist, Linnaeus saw it for the first time in full bloom, he threw himself on his knees and thanked God for allowing him to see such beauty. Furze flower makes a very fine dry dry wine. Prashock or charlock will be available to pick towards the end of February. This ‘greens’ has saved entire communities during periods of famine and hardship in Ireland and in Britain. In fact so great was the dependence on prashock that it was sold in the Dublin markets as a spinach in the eighteenth century, before cabbage came on the scene. The leaves gathered when young are an excellent source of vitamins A, B and C.  In addition they supply necessa 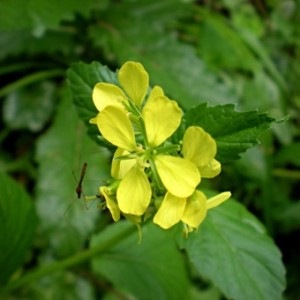 ry bulk and fibre so lacking in our modern diet. Variations in weather conditions from year to year will make for a certain inconstancy and obviously, plants will tend to be a little earlier say in the more southerly parts of Ireland and the UK. But whatever the weather the plants do keep closely to their expected timetable. Recipes for the wild foods mentioned can be got from Wild and Free - Cooking from Nature, the classic guide to wild herbs, plants and fruits which was first published in 1978 and inspired a generation.  It was reissued in 2013, with a new introduction by Sally McKenna one of Ireland’s leading food critics.  Together with folklore and original illustrations there are 100 recipes and month by month guide describing how these plants and fruits can be used and preserved throughout the year.