This is a follow up to a weekly newsletter post where I mentioned a guy who worked with me a number of years ago who was always good for a funny turn of phrase.

To set the scene, James was an older gentleman who worked for me for a while who my children used to call father Christmas. It will come as no surprise that he had a white beard but he also came to work in a wildly baggy pair of tweed trousers and always wore a waistcoat Winter and Summer no matter what the weather was like. James didn't do a whole lot of talking but when he did make a point it was usually in the form of a question rather than a statement. The answer you had to give to the artfully constructed question would normally result in you looking like a buffoon and result in a quick and charming smile from James before he went back to work. 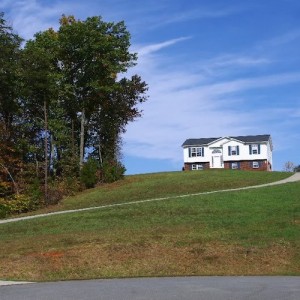 On this particular day I was trialling a potential new recruit, Gerry, a guy who had already make a number of false starts by not tuning up. Gerry looked a bit groggy from the night before despite it being his first day on the job so I thought I'd give him something easy to do to get him going. We were working on the boundary of a 2 acre garden with Gerry's work up at the house; I didn't want to have to keep running up and down the hill with new jobs so planting 300 hedge plants in holes dug the day before seemed ideal.

Gerry said he had 2 years experience in landscaping, had planted hedges many times and would have the full compliment of 300 plants in by the end of the day. The plants were well established tough little escallonias in 2 litre pots so I figured he couldn't go far wrong and went back down the hill to James. 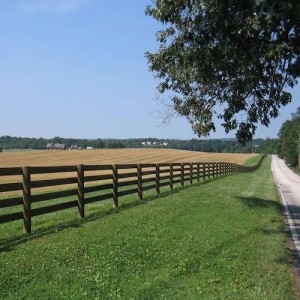 The weather was fine, the fence (150 metres of) was coming along nicely with James and myself in a comfortable rhythm measuring, holding the string line and spirit level and tamping in the posts straight and true. We were both getting a bit peckish around midday so I gave a wolf whistle up to Gerry to take lunch and waved him down so I could find out how he was getting on. He came lumbering down the hill in a muck sweat (probably about 20% proof) and proudly informed us he had 250 of the plants already in.

When we reached the summit we were greeted with the sight of plant pots strewn all over the place but no obvious sign of the hedge plants. On (much) closer inspection we could just about see the tops of some of them (a little twig here, half a leaf there) sticking out above the clay along the hedge line where they had all been completely buried.

When I had calmed down enough to get an explanation Gerry said his previous employer had always told him to plant 'good and deep' for fear the plants might 'pop out'.

I was pretty much speechless as I inspected the carnage that was over €600.00 worth of plants. There was a highly charged silence which is when James gently asked: "and Gerry, when they'd pop out, would this be at night?" I turned to see James earnestly leaning in towards Gerry, an inquiring look on his face. "and when they would come out, what sort of noise would they make?"