The Painted Lady is a very interesting butterfly due to the vast migratory path that it traces and the fact that record numbers have been reported in the UK and Ireland this year. Normally high numbers of the butterfly are seen every ten years but recently we are seeing large migrations in consecutive years. While it's nice to see them these increased sightings are a sign that something is changing, most likely the climate. As you will see the Painted Lady migrates across continents from south to north in the summer and it is thought that record southern temperatures may be driving migrations northwards due to a scarcity of suitable vegetation for the butterfly's caterpillars to feed on. 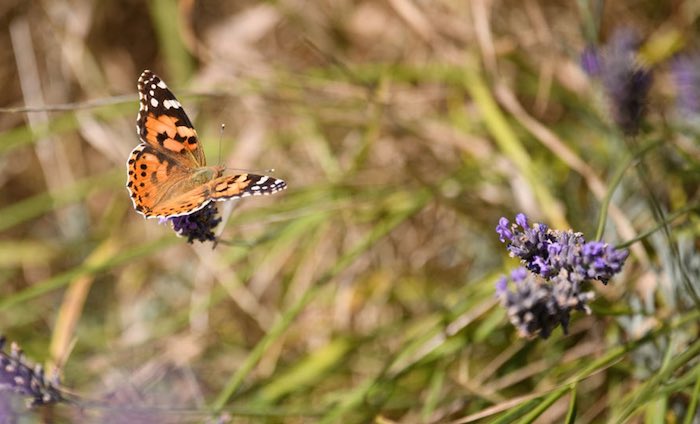 The distance the painted lady travels in a year is quite astonishing. The route starts in sub Saharan Africa from breeding sites in the tropical savannah as far south as the Niger river in the west and the Ethiopan highlands in the east. From there the butterflies travel across the Sahara before crossing the Mediterranean and continuing north towards the outer edges of the Arctic Circle. When winter approaches in the north the butterflies wait for a favourable wind and set off again for the long trip back to Africa.

It would be literally incredible if this 9,500 mile round trip was completed by an individual butterfly but of course it is successive generations that undertake the journey. The circular migration is like a great relay race where the butterfly that arrives back in Chad or Senegal is the great-great-great-great-granddaughter (or son) of the one that left. That is almost as incredible, it is the whole population that is constantly on the move and returns to the start point only every 6 generations. 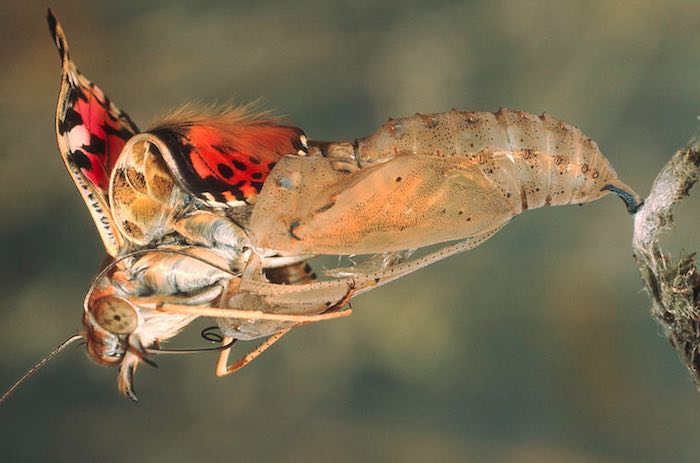 The range of a single generation of this uber traveler is equally impressive with the same painted lady traversing the Sahara and Mediterranean and making a record flight of 2,500 miles, the longest recorded distance for a butterfly. Until recently it was thought that populations that reached the northern latitudes died off in winter and never returned south. It has now been shown that the butterflies complete their round trip by hitching a ride on southerly winds that carry them huge distances. The seasonal winds carry the final generation of painted ladies at an  altitude of 1,600 feet and a speed of 30 mph allowing a single swarm to get back to Africa in one hop. Due to the altitude they travel at and the fact the butterflies don't stop off on the way, the southern migration had remained undetected until now. 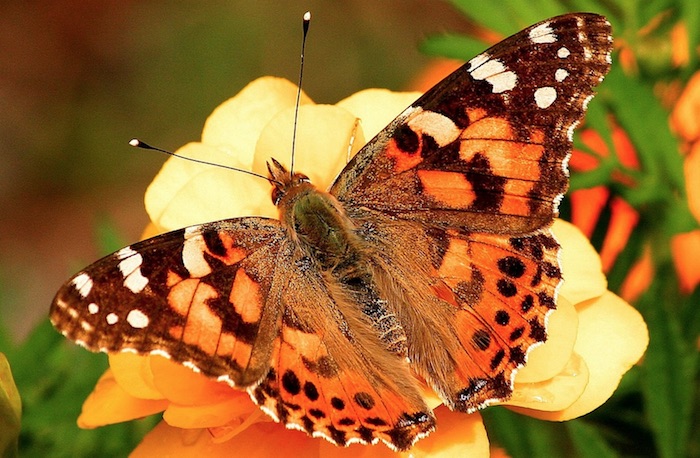 To finish up, this from Richard Fox, Surveys Manager at Butterfly Conservation UK: "This tiny creature weighing less than a gram with a brain the size of a pin head and no opportunity to learn from older, experienced individuals, undertakes an epic intercontinental migration." Isn't nature amazing?